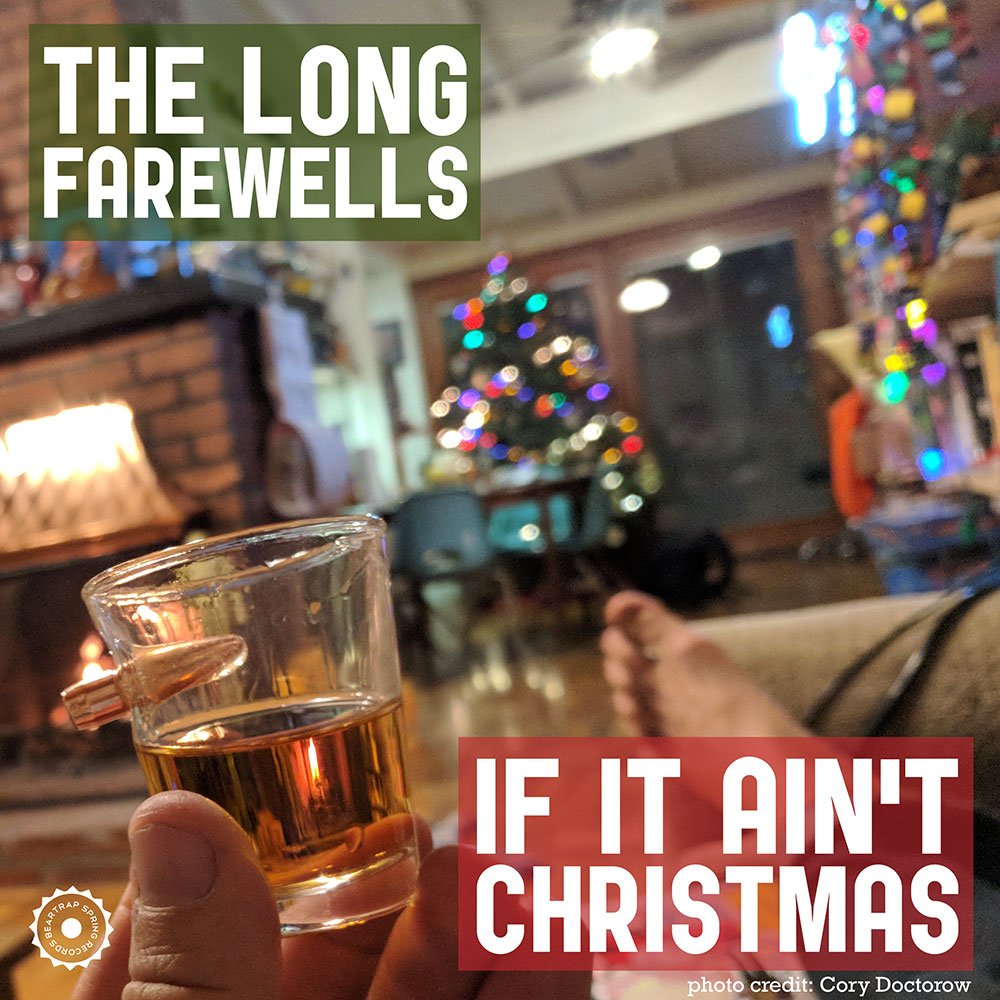 “I’m really not a fan of most Christmas music,” says Long Farewells songwriter Aaron Rester. “There’s something about the holidays that brings out the maudlin in even the most talented songwriters. So I wanted to challenge myself to see if I could tell a story about the type of holiday that no one wants to have, but almost all of us do at some point.” Both sad and funny, like the best of classic country, "If It Ain't Christmas" winks at the cliches without falling prey to them, and still feels right at home next to "Blue Christmas" on any holiday playlist.

On their debut album—named after a line from a 1918 Carl Sandburg poem—The Long Farewells craft starkly rendered snapshots of familiar and strange characters from the 1910s, from an an axious lover on the World War I homefront to Frank Lloyd Wright burying his murdered mistress, from a small town about to be flooded by the construction of a dam to an engineer barreling toward a doomed circus train, and beyond. In their trademark style of unearthing the beauty in tragedy, singer Gabrielle Schafer and multi-instrumentalist Aaron Rester have created a haunting portrait of America at a time of creative destruction that echoes our own.

“The songs and recordings are fabulous.” - Murry Hammond of The Old 97’s

“A fine album with lyrics to pique your interest and imagination... pleasingly literate songs with stories to tell.” - AmericanaUK

"Proper old-fashioned folk... they're trying to keep something alive, and I think they're doing it well." - You Haven't Heard This Music Podcast